Some seekers are displeased because during meditation they see no visions. When they complain to me I counter-question- “who detects this absence of visions during meditation? It is the seer within you. Indeed what matters is the seer and not the visions”. Visions could be auspicious or inauspicious, pleasant or unpleasant, meaningful or meaningless but their presence or absence must never distract you. Because, if you get thus distracted, you will lose your grip on the purpose of meditation. Visions are the play of the seer’s mind. See them with cool detachment. If they indicate any clear hint or message (for the future, which they at times, but not commonly, do), note them well; but otherwise take it easy. Do not mix up your visions with your spiritual practice and its final goal.

We conduct the Pooja- worship of Shree-Yantra (a symbolic solid geometric figure, made of metallic alloys or stone or glass-like crystal, representing Divine Benevolence. Its two-dimensional geometric figure on paper can also be used). This is a gross material worship of a symbol. But your spiritual practice must help you to reach the subtle within the gross. Then the subtle force in pooja-worship converts your body into a Shree-Yantra, where navel is the center point of the subtle, Shakti is in the “Moolaadhaara” center in the pelvic region (as dormant three and a half coils energy facing downwards) and “Sahasraar” is the Shiv Center in the head roof region. Shakti (Kundalini, when activated) has to uncoil and turn up from Moolaadhar center and traverse up into the Shiv Center in the “Sahasraar”. Then in due course of practice, one experiences oneness with the entire universe (unity, non-duality, monism- though these terms do not satisfactorily express this oneness). That state of oneness is known as “Samaadhi”. (Moolaadhaar- a shakti center at the bottom of pelvis. Sahasraar- a thousand petal lotus center up at the roof of human skull. Shakti is also known as Kundalini which by nature stays in the Moolaadhaar as three and a half coils- in a latent form of potential energy. When awakened, it uncoils turn from downside up, and tends to rise up towards Sahasraar. All these terms, symbols and concepts are from the ancient Yogic school of spirituality. The activation, uncoiling, upturn and ascent of dormant symbolic Kundalini by the grace of a Master is known as the “Initiation by Shaktipaat”, which facilitates deep meditation).

Observe, you sweep your house (at least) everyday because the dust settles down continuously all the time. Likewise, the dust of worldly influences settles on your consciousness and it is necessary to clean it by daily meditation. The act of sweeping the house becomes an act of worship, if it convinces you of the daily need of cleaning your mind.

Whether inclined or not, whether you feel like it or not, make it a point to meditate daily at least for a short while (preferably at a fixed place and at a fixed hour of the day) as also to fix a short routine of reading the spiritual treatises, chanting holy verses and reciting a holy name. All this short daily discipline will become, in due course, your life’s true wealth. Eventually, a time will come when your consciousness will be filled with the gems of Divinity. In this desert-like life, plant a garden of worship, sow the seeds of meditation and your life will become fragrant with flowering spirituality.

The experience of ultimate bliss is attained only within ourselves. On reaching that stage, bliss easily overflows from within, to the outside universe. Then one does not have to seek happiness elsewhere. When the person himself becomes an Essence of Bliss, where is the need for him to seek it elsewhere? An important purpose of meditation is to reach that Essence of Bliss.

The final achievement of spiritual discipline and practice is Bliss. Why, including spiritual practice every act (even) in our worldly life is intended to achieve Bliss. You are Yourself an Essence of Bliss. Because we are not able to remain steady in that state, we are required to observe daily spiritual discipline.

It is essential that a seeker needs to put in tireless, wary efforts in practicing spiritual discipline and to stay dedicated to the inner Divine Energy.

After initiation, the divine energy (also called Shakti or Kundalini) is aroused within a seeker. It then purifies his mind and clears the way for deeper meditation. The aim of spiritual practice is to purify the consciousness. Such a purified consciousness is our Divinity within.

During both meditation as well as daily worldly duties, we must remain sharply wary. That will protect us from tempting influences. The thieves and dacoits commit burglary after checking which door is open and where the loop-holes are. Likewise, tempting influences enter our mind through the open unguarded doors of consciousness. It is by practicing virtues with sharp wariness that one must firmly shut off such dangerous entry-points.

The glow of our spiritual practice must shine in our temporal life. We should be able to experience divinity when we deal with others in the society. When divinity manifests in our routine daily life, we are able to spread happiness around us and to empathize with others’ grief. At a certain spiritual level this achievement is quite easy and natural because the Consciousness within everyone of us is one single entity.

The word ‘Saadhanaa’ (spiritual discipline) is somewhat different from ‘Saadhan’ (a spiritual phenomenon). To direct thoughts from the external to the internal consciousness requires much effort, which is called spiritual discipline (Saadhanaa). The subsequent internal journey (Saadhan) progresses at a natural easy pace because its inner processes work automatically.

Existence in this material world is not separable from the spirituality. God Himself has become the material world. Therefore the material world does not exist exclusive of spiritual Godliness. Everything you see around is Sat-Chinmaya-Nilima; (Sat is Being = the quality of Eternal Existence, Chinmaya = means to be full of Supreme Consciousness and Nilima = the Blueness seen in the ethereal visions) and that is God Himself and there is nothing else in and around you but God.

When you receive the Master’s Grace, you develop a strong impulse to practise spiritual discipline. You must honor this impulse and practise regularly.

‘I have to meditate’ – this thought itself is a great obstacle to meditation. And you must clearly appreciate this point that the thought ‘I have to meditate’ is coloured by the worldly “doer ego” of the seeker. Can you ever succeed in meditative merging in the Self with such egotism? To achieve a suitable state of mind for meditation, prayers and humility are generally helpful.

If a person has experienced deep meditation, meditation becomes a part of his conscious Self. Then he is not likely to give up the practice of meditation.

Observe your breathing with a relaxed mind and a warm heart. Then you will find it easier to start meditation. During the practice, do not get distracted by any emerging thoughts. Gradually, you will enter the state of deep meditation on your own. This is an easy and simple way to learn meditation.

During the practice of meditation, an easy way to prevent unwanted thoughts is by watching your breath. This hint will also safeguard you, to some extent, from your natural instincts (which send interrupting messages during your meditation). It will help you reach your attainable depth of meditation.

It is the restlessness of the mind that (eventually) discovers the pathway to the Supreme. It is thus quite helpful in spiritual practice. Incidentally, the mind is ever so restless because it is ever- seeking restfulness. When it finds its resting place in the Self, it becomes quiet and steady. The restlessness of your mind is a continuous reminder to you that it needs a stable resting place.

To breathe with one’s attention on the act of breathing is the first essential principle of meditation. With practice one develops competence in this first step. Later, one’s attention focuses more sharply and clearly on the breathing; which then starts regulating the “Prana” *(an ancient Sanskrit word it consists of – à=powerfully and AZ= to vibrate with life or to breathe- it means all the biological functions in living creatures. It is also used, in a limited sense, to denote a particular function in a particular organ like “breathing air in the lungs”. It is sometimes referred to as “Pranic energy”) and the “Mind” which are associates of breathing. When you reach this level of meditation, you gradually acquire “Satwikness” (satvik attributes) which means, peace, silence due to contentment and welling up Divine Love and Bliss in your mind. Thus, in due course, one knows Oneself and reaches the goal, which is indeed fully achieving Oneself.

The mind is by nature restless. The worldly means to make the mind restful may make it more restless. Doing nothing (except concentrating on breath) is the only (and simple) way to pacify the restless mind. During meditation, the mind becomes restful. This stabilized state of consciousness brings about, in due course, the experience of the Absolute. By becoming wary and witnessing all that is happening (to you and around you), and by making no (special) efforts to understand and analyze, in short, making an effort to become effortless, is an important part of the meditation practice.

To hear the Inner Self, your mind must be totally silent (and attentive). We meditate to achieve that total inner silence. Then one hears the voices of the Inner Self.

If you wish to meet your Self, you need not go anywhere else. You only need to turn inwards and your Inner Self will be there, right in front of you, as your ‘Master’ guide.

After the initiation and awakening of the inner Divine Power (commonly by a Master), a seeker remains under its guidance. If to start with, you are subtle in intelligence and righteous in virtues, you will easily appreciate (through your spiritual practice) that all events (within and around you) are brought about by this (awakened) Divine Power which is indeed the ‘Doer’

If you surrender (your worldly ego) to your inner Divine Power, in due course it will answer your doubts and difficulties. 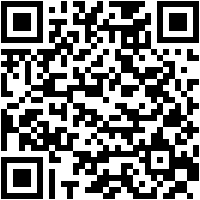